This was a very big year for me at SOLIDWORKS World . . .

I achieved one of my biggest long term goals!

Every year during the General Session, Richard Doyle talks about the SOLIDWORKS User Group Network (SWUGN), and he finishes by presenting the SWUGN Awards. There is an award for User Group Leader of the Year, User Group of the Year, and the Michelle Pillers Community Award.

This year I received the User Group Leader of the Year AND the Michelle Pillers Community Award!

Getting my name on the Michelle Pillers Community Award is probably one of the greatest honors that has ever been bestowed upon me.

For those that don’t know about the award, I usually try to explain it like this:  To me, the plaque is the SOLIDWORKS equivalent of the Stanley Cup for hockey.

When a young hockey player sees the Stanley Cup, they see the names of their heroes, they see the players that inspire them to push harder, and they strive to someday earn the privilege to have their name added to this piece of hockey history.

When that happened, Wayne had truly joined the ranks of his childhood hero, and became a part of hockey history.

This is what it feels like to me . . . I have joined a very elite group of individuals that have made significant contributions to the SOLIDWORKS Community.

I’m not going to lie, much like when a teary-eyed Wayne Gretzky hoisted the Stanley Cup for the first time, I completely broke down a number of times just holding the plaque and looking at my name alongside the others.

Sadly I was never able to meet Michelle Pillers, but everyone that knew her said she was a truly incredible person. Words cannot express what it feels like to honor her legacy.

My name appears right next to Wayne Tiffany’s name on the plaque . . . He has always been a huge influence for me, and he did so much to help get my User Group going.

I am humbled to call most of the prior recipients of this award friends. 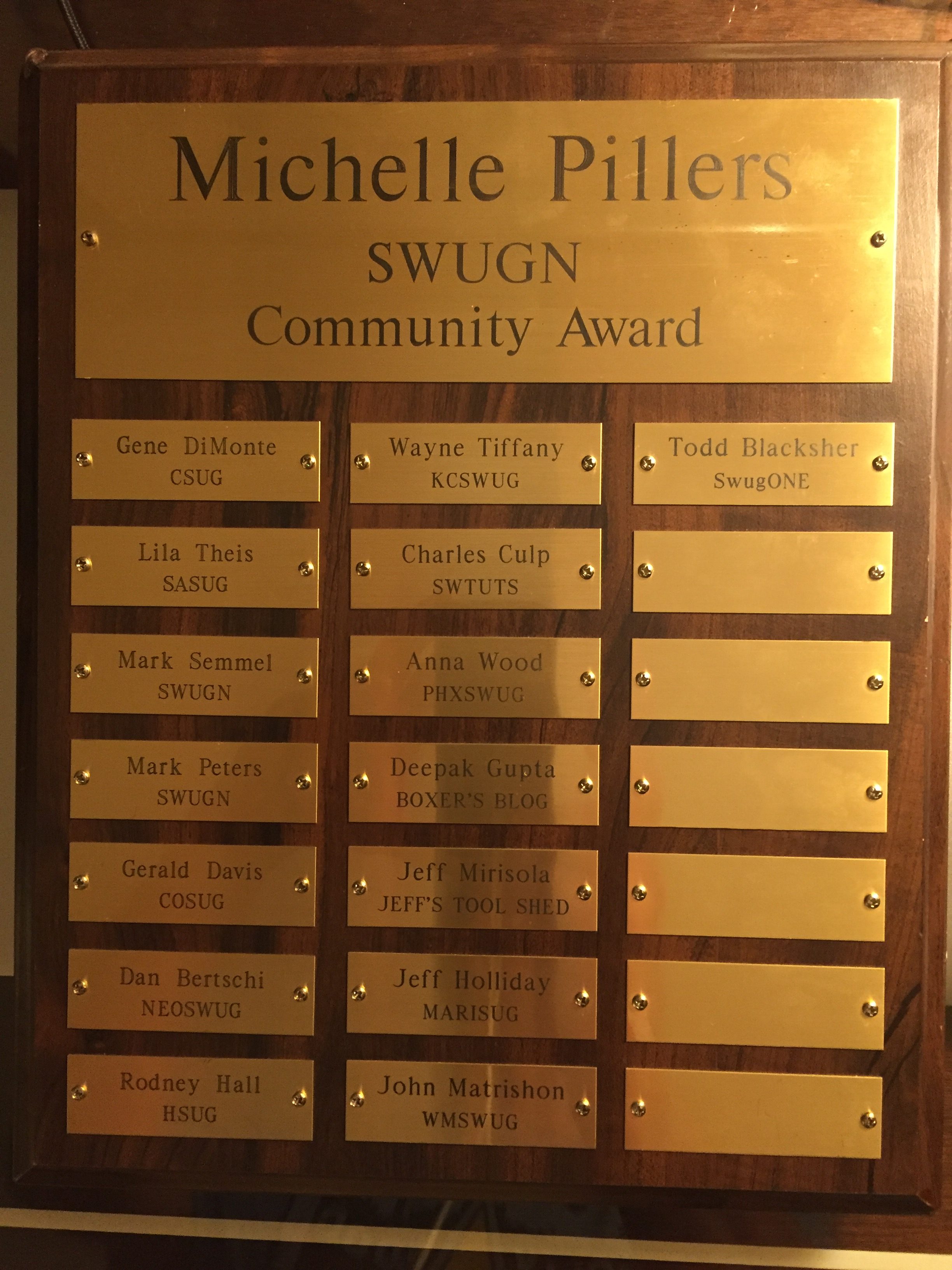 I have a couple of US Patents, but this award is “center stage” on the wall where it will be displayed for the next year. 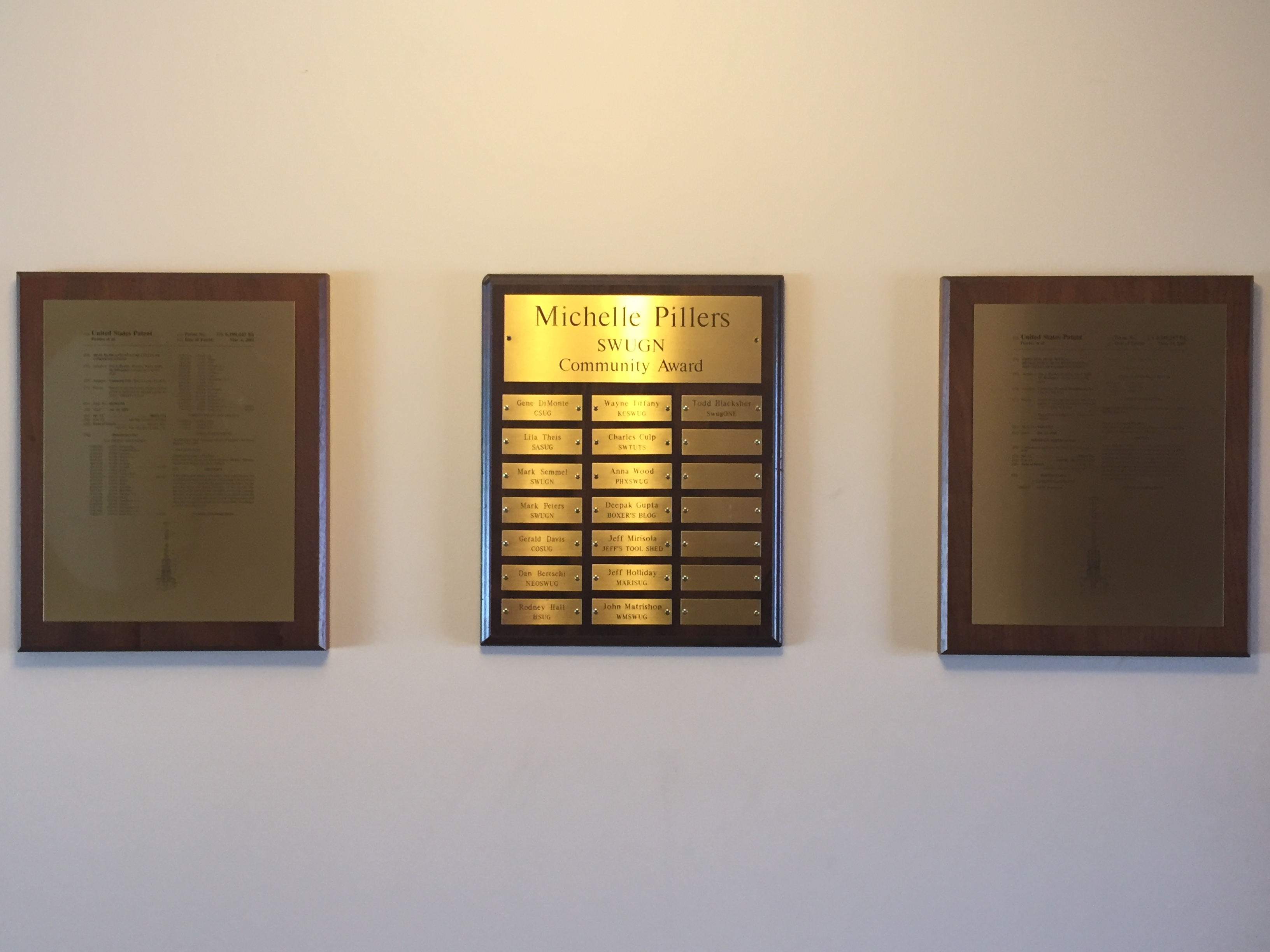 Before the plaque is presented to the next winner at SOLIDWORKS World 2019 in Dallas, I plan to include it in pictures with as many User Group Leaders as possible . . . let’s just say this is my equivalent of “skating the cup.”