SolidWorks World 2008 was a big one for us at the VAR – most of the Application Engineers (AE) were able to make the trip to San Diego!  These are the people that I corresponded with on a daily basis, but they are hundreds of miles away, and now we would all be in one spot.  There are some that I spoke with on a weekly basis, but had never even met in person.  This is very similar to when you finally meet people at SolidWorks World that you already “know” from the forums.

This is part of the reason I really like this picture – It has me (from the Omaha Office), Steve (from the St. Louis Office), Jeremy (from the Des Moines Office), and the picture was taken by Brian (from the Kansas City Office) – It was great to hang with these guys! 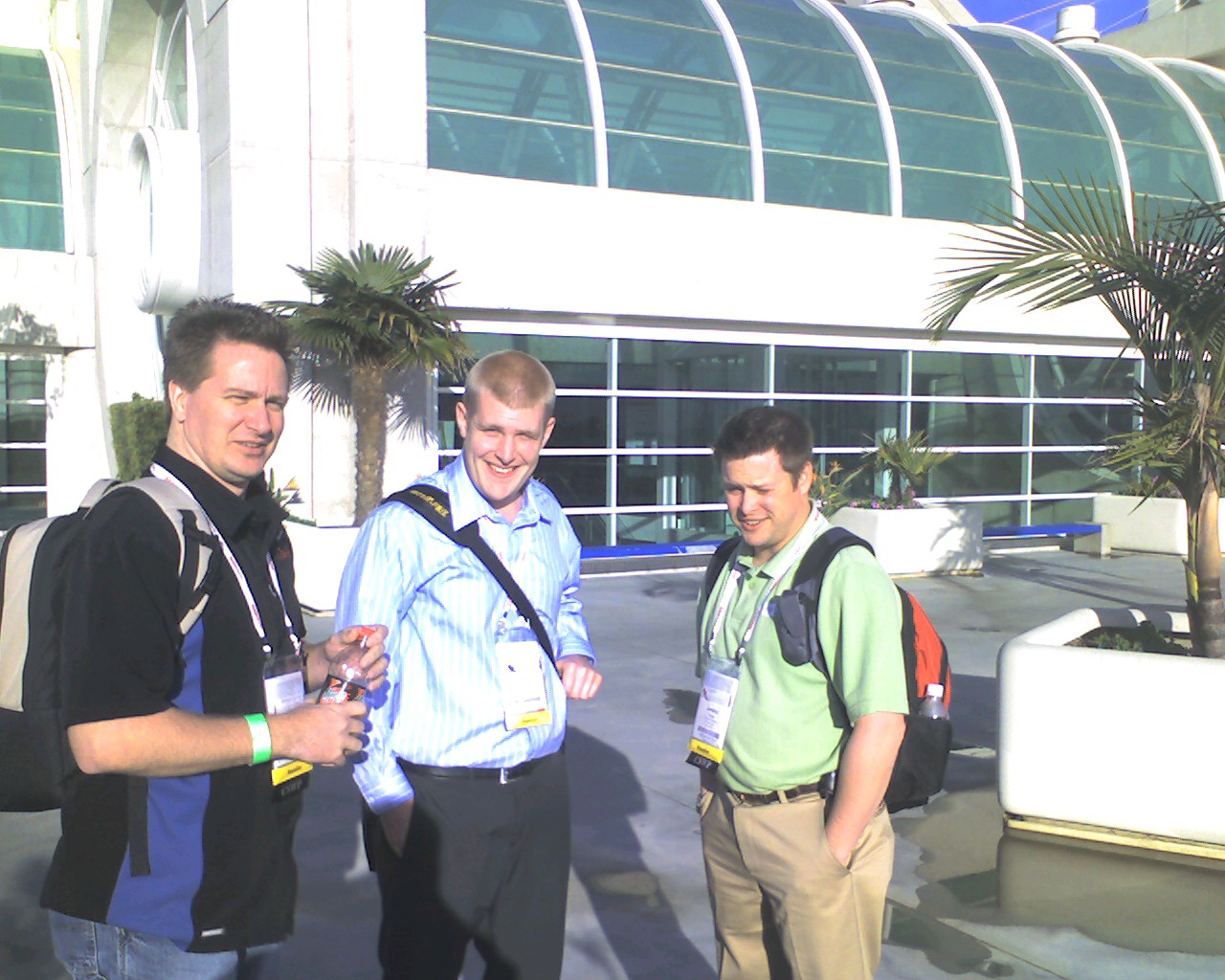 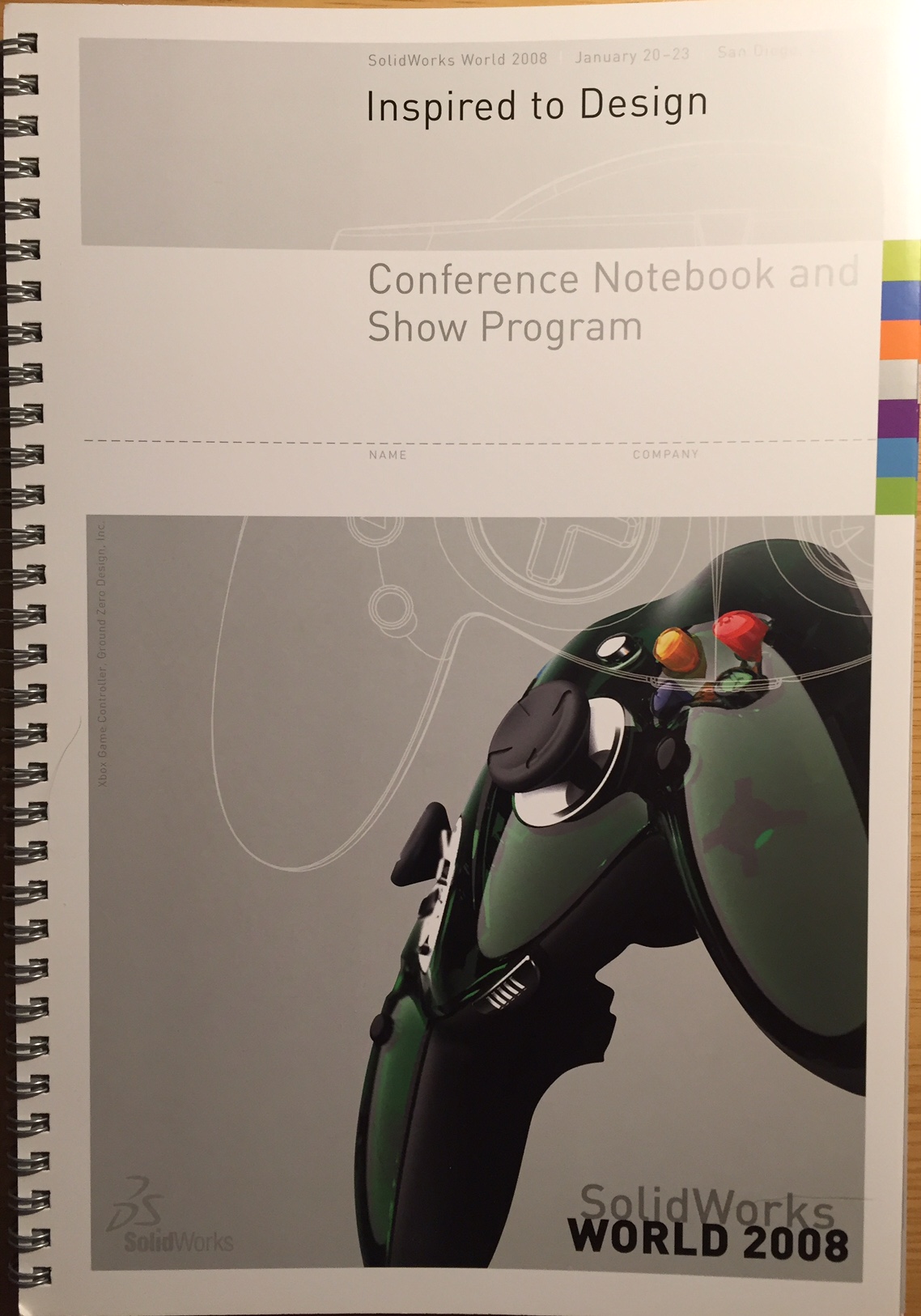 SolidWorks has been really good about bringing in stars of educational television shows, and this year was no different – Danny Forster from the Discovery Channel show “Build it Bigger” was on hand to talk about some of the projects that he was able to see being built.  He spent the majority of his time talking about the Arizona Cardinals football stadium – The field turf can actually be moved outside the stadium to water and get some much needed sun.  SolidWorks announced 3DVia Composer as a new product (It is now called SolidWorks Composer, and it is a fantastic product!)  The VEX robots that many students use for robotics competitions would now ship with a student version of SolidWorks to help with the design process.  Dean Kamen, inventor of the Segway, was one of the keynote speakers, and he talked about some of the incredible things that he was working on at the time.  SolidWorks had the whole crowd on their feet when they announced that everyone in attendance would be getting an iPod Shuffle with videos and podcasts already loaded.  One of the coolest parts was that they had the SolidWorks logo engraved on them (and they were FREE!)  One of the “not so cool” parts was when they said “Everyone with a White Attendee badge gets one.” – Check out the badge, yup, it was a Yellow Reseller badge, and yup, that meant no iPod for me.

Oh well, our SolidWorks Territory managers took us to a great steak place where you got to grill your own steaks for dinner, which was A LOT of fun.  The offsite event was held in the Gaslamp District of San Diego.  This was incredibly cool, because a large part of it was only open to the conference attendees – there were tables of food in the middle of the street, restaurants/bars were open for us, there were bands, and so much more – we had a blast!

The conference ended on Wednesday afternoon, and immediately following was DriveWorks World – I had just become a DriveWorks Certified Application Engineer a few months before, so I was really excited to finish the week attending their sessions.

There was so much that happened, and it seemed to go by so fast, all that was left was to start planning for SolidWorks World 2009, which was scheduled for Orlando.